Performance evaluation of an ADCP combined with a scientific echosounder

Echosounders are widely used to quantify fish behavior, fish stocks and zooplankton biomass. Acoustic Doppler Current Profilers have also been used to accurately measure currents in all of the world’s major water bodies over the last 30 years. See what a team of experts learned when evaluating the performance of a combined echosounder and ADCP system for simultaneous biomass assessment and current profile data analysis.

The Nortek Signature100 (Figure 1) offers both a scientific echosounder as well as an Acoustic Doppler Current Profiler. Due to this combined capability, it is seeing increased usage in biomass flux applications, particularly in Antarctic krill research. However, capabilities of the system are still being studied and the present work aims to expand characterization of its performance. To that effect, a four-month deployment was carried out by the French National Center for Scientific Research (CNRS) in the Mediterranean Sea with an up-looking Signature100 mounted atop the ALBATROSS mooring line. The line was at a total water depth of 2420 m and its top was approximately 370 m below the surface.

“Up until now, ADCPs have often been deployed together with scientific echosounders, as these have traditionally been more capable of assessing biology within the water column, such as diel vertical migration,” explains David Velasco, Principal Program Manager at Nortek.

However, these two technologies (ADCPs and scientific echosounders) have historically been developed by separate companies, with different objectives, with the necessary integration left for the end user to handle.

“The Nortek Signature100 aims to reduce this complexity and increase the ease of use to the operator (and consequently reduce cost) by combining the ADCP and scientific echosounder technologies into a single instrument,” Velasco adds.

A four-month deployment was carried out by the French National Center for Scientific Research (CNRS) from 24 August 2019 until 3 January 2020 in the western Ligurian Sea (in the northwest Mediterranean) to further evaluate the Nortek Signature100. The instrument was configured with a concurrent current profiling and scientific echosounder sampling regime.

The ADCP portion of the instrument was configured to transmit 40 pings with 6.25 per cent bandwidth (Long-Range mode) at 0.16 Hz evenly spread over an averaging interval of 240 s. This sequence was repeated every 30 minutes. Depth cell size was 5 m and a total of 90 cells were collected, with a blanking distance of 2 m.

The scientific echosounder portion of the instrument was configured to transmit a 90.9 kHz centered wideband (50 per cent bandwidth) chirp of 6 ms duration, with pulse compression applied, and storage of in-phase (I) and quadrature-phase (Q) components of the return signal at 45.45 kHz (50 per cent of the center frequency). In addition to the chirp, a 70 kHz monochromatic pulse of 1 ms duration was also transmitted one second after the chirp. Both pulses were transmitted continuously throughout the four-month deployment at 12 s intervals, and each return was recorded in 597 depth cells of 0.75 m size.

What the scientific echosounder data reveals about diel vertical migration

Data from this deployment show significant variations in scattering conditions between daytime and nighttime due to diel vertical migration (DVM), often unrelated to horizontal velocity fluctuations, highlighting not only the multiple frequency-band capabilities of the system (up to seven bands), but also the strength of the combined echosounder and current profiling functions.

Echoview, a commercial software package for hydroacoustic data processing, was used to further explore the spatial and temporal patterns of the organisms observed in the echosounder data. A semi-automated technique was implemented to efficiently and objectively clean (e.g. remove interference generated by passing ship traffic) and classify the data (e.g. based on relative frequency response or morphology), as shown in Figure 2. Additionally, the narrow-bandwidth and pulse-compressed echosounder data were used to generate outputs that can contribute to the management and monitoring of aquatic resources, as shown in Figure 3.

Vertical velocities taken directly from the Signature100 show that organisms in this part of the Mediterranean Sea appear to start their upward migration up to six hours before sunset (Figure 4), increasing in speed as sunset approaches, reaching up to 5 cm/s (Figure 5). By the time the sun has risen, they have completed their journey. They then descend at a slightly slower rate of approximately 4 cm/s and appear to begin their journey less than four hours prior to sunrise. Opposite to their ascent sequence, they appear to move faster at the start of their descent than at the end. Additionally, speeds are noticeably higher during autumn (September) than later in winter (December). 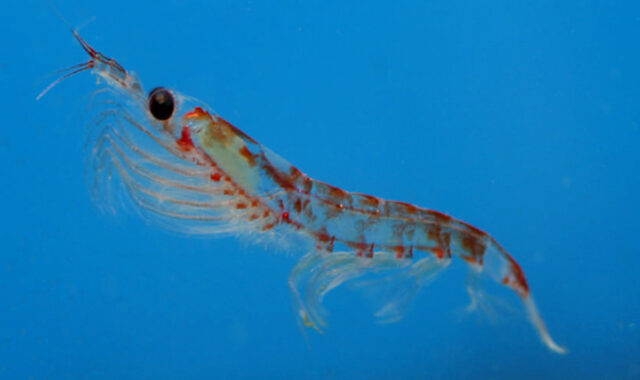