Nortek’s Aquadopp was chosen to play a role in efforts to safeguard Venice from flooding by monitoring currents in the surrounding lagoon. 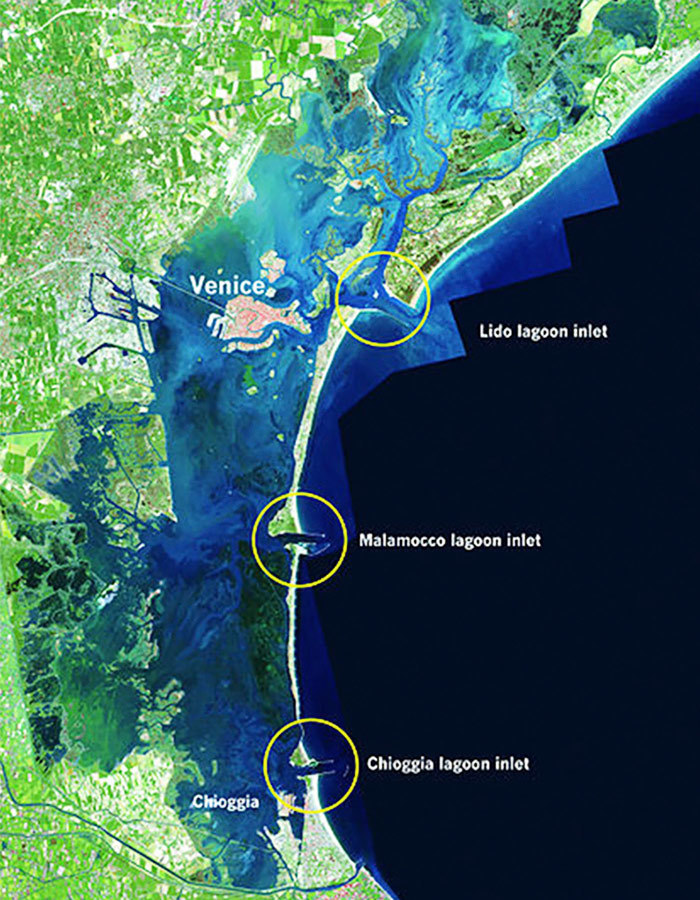 Over an extended time period, the Venice lagoon had experienced a drop in the relative land level with respect to sea level, due to the combined action of a rise in sea level (eustasy) and a drop in land level (subsidence). This loss of land height means that tidal levels that in the last century would not have flooded built-up areas now represented “high water” events.

To protect cities and towns in the lagoon, a solution safeguarding them not just from “exceptional” tides, but also from the most frequent flooding, had to be found. Numerous measures were being taken to reduce the effect of these changes, with local schemes in historic and built-up areas of the lagoon for protection against high tides, and mobile barriers at the lagoon inlets.

The local protection system consisted of three breakwaters to the south of the lagoon inlet, raising part of the lagoon bed, and making a section of the inlet itself narrower. This increased the bottom friction, thus reducing the intensity of the tidal currents at the lagoon inlets, which in turn attenuated the tidal elevation.

The mobile barriers were activated when the local protection systems were not able to provide sufficient protection. They were able to temporarily isolate the lagoon from the sea.

Measures taken to prevent high-tide water from reaching Venice and its surroundings led to changes in the flow pattern, the distribution of salinity and temperature. This had an effect on the particle concentration in the lagoon.

In order to monitor these parameters, both prior to and after implementation of the preventive measures, nine fixed stations equipped with Nortek Aquadopp current measurement meters, interfaced to Seabird Conductivity, Temperature, Depth (CTD) probes and OBS-3 turbidity sensors were established.

The Aquadopp was chosen because of its reliability and robust design, the easy interface to high-quality CTD and turbidity sensors, and the fact that it never needs recalibration. The deployment of the Nortek Aquadopp current measurement meters was carried out by Thetis S.p.A. (http://www.thetis.it) of Venice, a company operating as system integrator within environmental and civil engineering.