As sea levels continue to rise and storms intensify, coastal erosion is becoming increasingly problematic for many nations across the world. This report explains how –and why – researchers at Delft University of Technology in the Netherlands are researching how infragravity waves contribute to coastal erosion.

The Dutch have employed numerous techniques to keep water at bay, but their dune systems are the primary defence against the sea. Understanding the resilience of these systems to coastal erosion is essential. The Dutch government “uses dune erosion models as the basis of their management,” explains Dr Jantien Rutten, a post-doctoral researcher at Delft University of Technology (TU Delft).

These models need to be validated using field instrumentation, since there are some uncertainties in the models – most notably with regards to infragravity waves and how they transform as they travel toward the coast. Rutten and her colleagues have used a large instrument pool, including two Signature1000 ADCPs and several Vector velocimeters, which are capable of measuring such complex processes in situ. These instruments will help the researchers in the RealDune/REFLEX project to quantify how these waves play a role in eroding the dunes that protect the Dutch coastline.

Infragravity waves and their erosional properties

Most waves are generated by the wind blowing across the sea surface. When wind-generated waves reach the coast, they tend to break on the shore, dissipating their energy quickly. Infragravity waves arise when ocean swell interacts with the aforementioned wind-generated waves. They tend to start very small but grow in size as they move toward the shore. “The energy is being transferred from the wind-generated waves into these long waves,” explains Dr Marion Tissier, Assistant Professor of Ocean Waves at TU Delft. “When these longer waves reach the beach, they don’t lose as much energy as short [wind-generated] waves, so they travel much further up the beach,” says Rutten. Sometimes, infragravity waves travel so far up the beach that they reach the dunes. The backwash then takes sand from the dune with it, causing erosion. “This is why they are important for dune erosion, particularly during extreme events,” Rutten explains.

To quantify the erosional impact of infragravity waves, the RealDune/REFLEX researchers needed to capture data from land and water across an entire storm season (five months). For the onshore component, the team constructed two artificial dunes at De Zandmotor beach, each equipped with instruments to measure how the dunes change over time. They placed a series of ADCPs in deeper waters, a few kilometers offshore from the dunes along with velocimeters in the shallower waters.

With the support of the Directorate-General for Public Works and Water Management (Rijkswaterstaat), the researchers placed one of the Signature profilers at 14 m depth and the other at 8 m depth. At 6 m depth and shallower, the researchers used Vector velocimeters. “The Vector is really good at measuring in a tiny volume at high precision and high sampling rates,” explains Rikke van der Grinten, Senior Sales Engineer at Nortek. “As waves move towards the coast, they become steeper, and eventually start breaking. That kind of process is best measured with a Vector.”

“We used ADCPs with Acoustic Surface Tracking because it allows us to accurately measure the entire wave field – not only the infragravity waves but also the short waves.” The instruments also offered the researchers another crucial piece of the puzzle – wave direction. “Wave direction is important because the impact infragravity waves have [on dunes] may depend on offshore directional wave field,” says Rutten.

The directional data from the two ADCPs and the Vectors will help the researchers understand how energy transfers from short waves into longer infragravity waves as they move through space toward the artificial dunes, while the instruments on the dune measure the actual erosion rates. The data from the instruments can also help the researchers understand how much of the infragravity wave energy originates from the Dutch coast and how much has been reflected from more distant coastlines, such as those in the UK. “This is important because we typically neglect the remotely generated infragravity waves when assessing coastal safety,” says Tissier, noting that this omission could mean models are underpredicting dune erosion.

All of this data relied on the instrument’s ability to measure surface elevation and velocity continuously. “In the past, it was normal to make measurement bursts of 20 minutes, for instance, and then stop the wave measurement and then the next hour, you do another 20 minutes,” Rikke van der Grinten explains. “To measure these long waves accurately, the researchers needed to measure continuously,” he adds. Rather than taking a break between measurement burst periods, the researchers set the instruments to measure in back-to-back bursts.

With the two Signatures now measuring continuously, the instruments provided two distinct advantages. The first is the increased battery capacity combined with more efficient power usage. “If you are measuring more often, then you need to be able to give that instrument more power,” van der Grinten explains. The second is the increased data storage capacity. The Signature ADCPs can store more than 64 GB of data, essential for continuously sampling over longer periods of time, as in this project.

After five months of data collection, the researchers collected the two Signature instruments and the Vector from the water and started the next phase of the research – post-processing and analysis of the data. “Infragravity waves normally have very small amplitudes offshore, so it’s a challenge to untangle their signals in the data,” says van der Grinten. “The post-processing they are doing is on the edge of what has been done in the past with raw ADCP data.”

Even though the researchers are in the early stages, what they see looks promising. “We are starting to look at separating the different types of infragravity waves and quantifying their direction and energy,” Tissier says. The results of the RealDune/REFLEX project will interest researchers in the Netherlands and other countries across the globe, as it is clear that understanding the impact of infragravity waves is important for understanding coastal erosion. 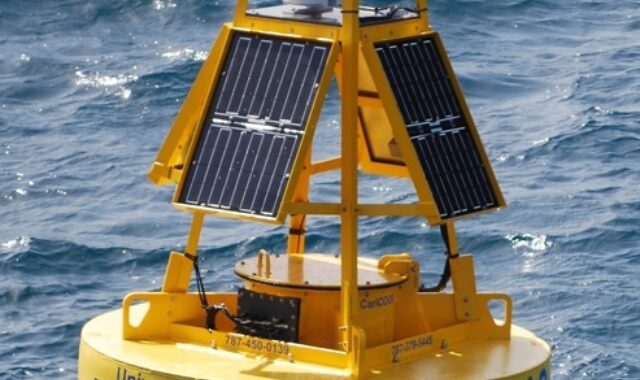 Real-time data on waves, currents and more in Puerto Rico 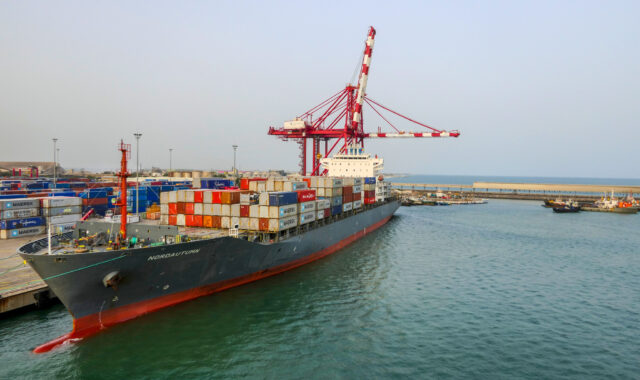