Why did researchers at both the Institute of Oceanology in Qingdao, China, and at Texas A&M University decide to use the Signature55 current profiler to advance their environmental academic research?

Researchers at the Institute of Oceanology in Qingdao, China, now use Nortek’s Signature55 to study the circular current structure of the westward currents of the western Pacific. “Information about Western Boundary Currents in the lower latitudes of the Pacific and their influence on low-frequency pulsing of warm currents is vital for scientific research. But so far we have had insufficient data about these patterns in connection with dynamic ocean circulation research and its relation to climate,” says Yu Fei, Senior Researcher, Doctor and Director at the Institute of Oceanology, Chinese Academy of Sciences (IOCAS).

Data about the currents in these areas of the Pacific are important contributions to the World Climate Research Programme project entitled Climate and Ocean: Variability, Predictability and Change (CLIVAR).

CLIVAR’s mission is to understand the dynamics, the interaction, and the predictability of the coupled ocean–atmosphere system. The program facilitates observations, analysis and predictions of changes in the Earth’s climate system. This enables better understanding of climate variability and dynamics, predictability, and change, to the benefit of society and the environment in which we live.

“We wanted to get the deep ocean current velocity of the westward currents of the western Pacific and to reveal the hydrodynamic environmental characteristics of this region,” says Yu Fei.

“At the same time, these measurements can reveal low-frequency variations in the control processes of warmer waters, thus improving our understanding of the El Niño–Southern Oscillation (ENSO) and east Asia monsoon seasonal forecasting,” Fei adds.

The testing area is east of the Philippines in the western Pacific. Scientists at the Institute of Oceanology in Qingdao will retrieve the current profiler in November 2016, after a deployment of approximately one year. The deployment is done with the Signature55 in a sub-surface buoy on a mooring line and the instrument is operated in a stand-alone measurement mode.

Yu Fei emphasizes that compared with other instruments of the same kind, the Signature55 has twice the current profile range and can profile currents up to 1000 m range in the open ocean.

“The Signature55 has the advantages of a longer current profiling range, being easier to deploy and giving us better value for money compared to other options,” Yu Fei concludes.

Contributing to environmental research at TAMU

Meanwhile, some 13,000 km away in the Gulf of Mexico, researchers at Texas A&M University were very interested in using the Signature55 in connection with their Gulf of Mexico Integrated Spill Response Consortium (GISR). GISR’s vision is to understand and predict the fundamental behavior of petroleum fluids in the ocean environment. This capability is critical to inform decisions during response to oil spills and for development of mitigation plans, ultimately yielding significant environmental and financial savings.

“Data from this instrument was used in this research, since we were working at seep sites in up to 1000 m of water and needed full water column data,” Walpert adds. Understanding the dispersion of oil and methane in the ocean The current data were important in helping TAMU researchers understand the dispersion, absorption and distribution of oil and methane bubbles as the bubbles rose through the water column.

“In this application, learning about the dispersion of oil at depth will lead to a better understanding of the fate of oil and methane as the oil and methane rise in the water column. This information will increase the understanding and response capability in the event of deep-water spill events,” Walpert says.

Data collection tuned to the needs of research

John Walpert believes the Signature55 instrument proved to be a particularly useful tool for their research due to its multi-frequency capability, as well as its extended range and low power consumption.

“The Signature55 provides ranges of up to 1000 m in a moored instrument, which is very attractive. Additionally, it has low power consumption that allows for long deployments, and multi-frequency operation so you can tune your data collection and deployment to the needs of your research program. The fact that it could be turned around at sea because of the auto-calibrate function of the compass was also practical.” 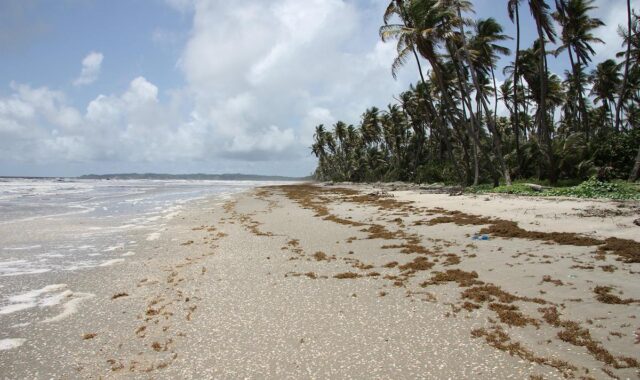 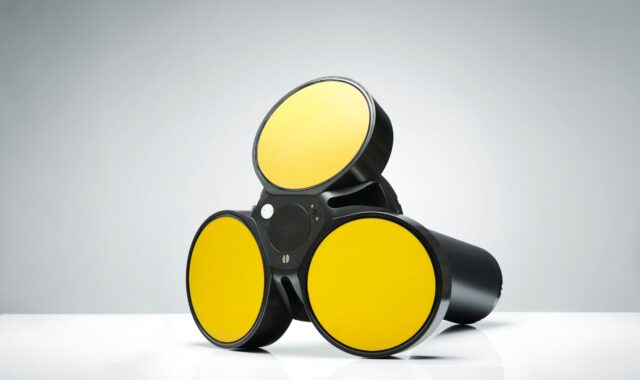 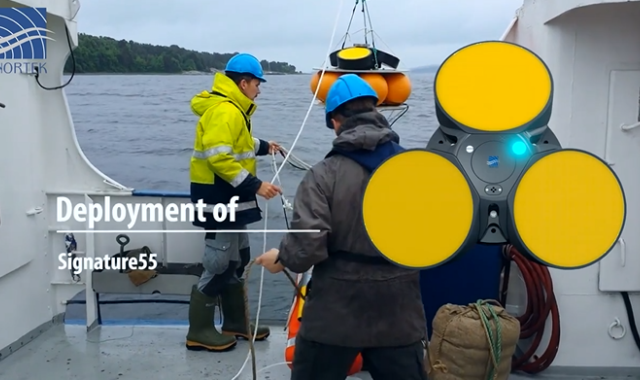