If a river crossing can be mapped using a USV instead of field personnel, then the risk to life is considerably reduced. Ultrabeam Hydrographic equipped a USV with a range of sensors, including an ADCP from Nortek, to survey this demanding natural environment.

Nortek’s SignatureVM system is specially designed to be compatible with USVs thanks to its small size and high accuracy.

Uncrewed survey platforms have restrictions in payload and power supply, meaning that small multi-purpose sensors are required to support such applications. These features became paramount during a collaboration between Nortek and Ultrabeam Hydrographic, a leader in the marine survey industry.

Ultrabeam Hydrographic is a high-resolution 3D marine surveying firm, based in Cornwall, UK. In late 2020, Ultrabeam was awarded one of five contracts as part of an initiative called “Map the Gap”, which is a project funded by the Ministry of Defence through the Defence and Security Accelerator (DASA). This project tasked successful applicants with developing prototype semi-autonomous amphibious vehicles for the British Army that could help troops to advance safely and securely across bodies of water.

Mounting sensors on a USV to survey river crossings

Ultrabeam developed a prototype 450 kg eight-wheeled vehicle, known as the Argonaut. The USV was equipped with a range of sensors including multibeam echosounders and lasers to map the riverbed and land surface features while the vehicle transits bank-to-bank across the river. These are measurements that the company carries out regularly as part of its high-resolution asset surveys, but not usually in such a demanding application.

To obtain a complete characterization of the environment, the Argonaut needed to accurately measure the speed and direction of river currents using an ADCP, and for that it turned to Nortek.

“Five years ago, we had to use larger ADCP units. Since then, Nortek has produced very compact, very portable, high-accuracy systems which do exactly the same job,” says Gabriel Walton, Ultrabeam Hydrographic’s Technical Director.

“Weight, form factor and a simple software interface are key for this kind of project with an unmanned vehicle. So, Nortek was our first choice,” he adds.

Nortek provided a Signature1000 vessel-mounted ADCP, which was configured to accept navigational inputs from Ultrabeam Hydrographic’s high-performance inertial navigation system (INS). Integration with these existing sensors reduced the need for additional equipment and made the most of hardware that was readily available.

Since an initial testing period, Nortek has been working with Ultrabeam Hydrographic to provide data from the Signature’s echosounder mode, which can be used to image finer structures in the water column. Further discussions have also taken place regarding navigation aiding.

During field trials ending in December 2020, the Argonaut successfully navigated difficult terrain, surmounted a 45-degree incline and transferred smoothly in and out of the water. The results from its sensors proved highly accurate, including those from the Signature1000.

“The results from the ADCP were fantastic. We got all the information: river current direction, current speed – basically every point in the water column for every 25 cm cell,” says Walton.

Such a complex project requires several stages of testing to ensure the aims and objectives can be achieved in the best possible way. As of July 2021, Ultrabeam Hydrographic have been announced as competitors in Phase 2 of Map the Gap. Nortek and Ultrabeam Hydrographic will progress on to the next phase of testing, which includes increasing the ADCP’s functionality and putting the Argonaut through more rigorous demonstrations. 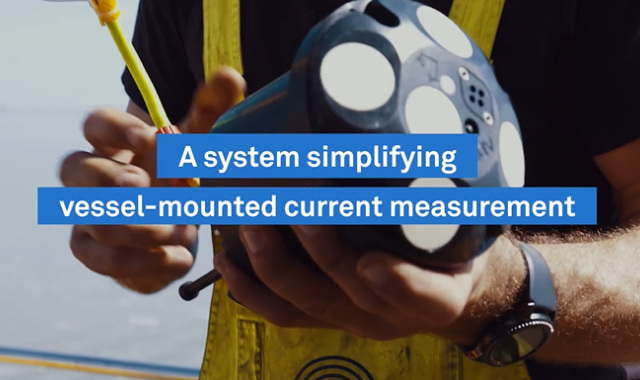 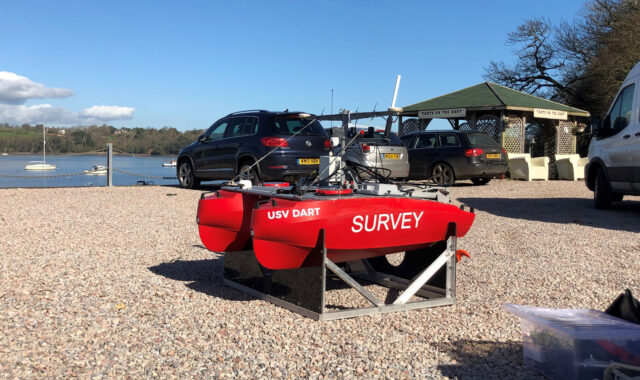