Nortek’s DVL has been playing a crucial role in a pioneering robotics project that depends on accurate and reliable navigation to explore the tunnels of flooded mines.

Europe’s 30,000 abandoned mines increasingly are being re-explored for a variety of reasons. Some may have potential to yield more resources using modern techniques, some may have become unsafe and need urgent repair, while others are viewed as valuable pieces of history that deserve to be studied in more depth. But there’s a problem. Many of the mines are flooded and have been either entirely or partially off limits to humans for decades, or even centuries, so fresh exploration is a major challenge.

There are a few solutions, but they are seldom simple. Draining mines is often a prohibitively complex and expensive business. Sending divers into flooded mines can be difficult and risky, especially as the maze of tunnels may be narrow and unmapped – and, in some cases, stretch for tens or even hundreds of kilometers. Drilling down from the surface at various points along the mine tunnels to drop sensors into a mine is safer, but will only yield limited information.

An international project involving 13 partner institutions from seven countries and coordinated by researchers at the University of Miskolc in Hungary has come up with an effective hi-tech alternative.

Robotic explorer vehicle proves its worth in flooded mines

The EU-funded UNEXMIN project developed a 60 cm diameter spherical robot, armed with advanced navigational and data-gathering sensors, capable of propelling itself through a maze of flooded mine tunnels and chambers, identifying obstacles and analyzing the composition of mine walls. The images and data gathered by the robot have allowed scientists to build up a detailed 3D map of flooded mines and improve knowledge of the minerals still remaining in them.

The 112 kg, neutrally buoyant robot, packed full of sensors, was successfully deployed in four flooded mines and a cave system during the project’s lifespan from 2016 to 2019. It had a maximum operational depth of 500 m, a maximum velocity of 1–2 km/h and could operate autonomously for up to five hours, helped by its low energy consumption of 250–400 W.

UX-1, the first of three versions of the robot, had its first field trial in the Kaatiala quartz and feldspar mine in Finland, whose large, open and shallow lake with mine structures made an ideal location for an early test.

A second field trial of an improved UX-1 was carried out in the Idrija mine in Slovenia, whose 700 km of tunnels and shafts were excavated to search for cinnabar and mercury between 1490 and 1995. Most of the tunnels at Idrija, now a UNESCO World Heritage Site, have been backfilled with soil, but water-filled tunnels 300 m below the surface provided an ideal location to test remote operation of the robot, which was controlled from a base at the surface.

The technology was refined and given a further trial in the high-pressure, acidic-water conditions of the Urgeiriça uranium mine in Portugal and rigorously tested in the Ecton copper, lead and zinc mine in the UK. It was also tested in the water-filled Molnár János cave system in Hungary, demonstrating the technology had applications beyond the mining sector. By the end of all these tests, UNEXMIN robots had made 50 dives, notching up 100 hours of operation.

A highly accurate navigational system was, of course, essential to the success of a project that needed to operate smoothly beyond the reach of human intervention and to have the ability to return to specific positions in the mine when necessary and get back to base.

Deep in a mine, beyond the reach of GPS satellite signals, the robot needed to be able to navigate autonomously to do this. So, Porto-based technological research institution INESC TEC, which developed the navigational component of the robot, wanted to include a Doppler Velocity Log.

A DVL provides navigation data independently of input from the surface by applying the Doppler effect to sound reflected from particles in the water and solid surfaces, such as the sides of a tunnel.

INESC TEC opted to use Nortek’s DVL1000 for the UNEXMIN project, because it was both highly compact and very accurate – both attributes that were vital, given the limited space available in the 60 cm sphere and the need to keep the robot on track in the confines of mine tunnels.

Watch video “How a robot in deep water can bring enlightenment”:

“The compact size of the Nortek DVL was crucial to our decision to use it, as well as the high quality of the data, which we could easily tailor to our needs,” says Alfredo Martins, a research coordinator at INESC TEC, who worked on the UNEXMIN project. The low power consumption of the DVL1000 was also an important factor, given the need to keep the overall power usage of the robot down to extend the time it could operate autonomously.

The 1 MHz DVL1000 has gathered industry-wide acceptance as one of the most technologically advanced instruments on the market capable of operating reliably in both oceanic and freshwater environments with high accuracy. However, DVLs had seldom been tested previously in an area as confined as mine tunnels, which could be just 1–2 m wide in places, so the INESC TEC team were concerned that multiple reflections from walls so close to the sensor could prevent the instrument from correctly functioning.

The Nortek DVL1000 was able to overcome these challenges to provide accurate data from its four beams, helping the robot achieve navigational precision in the trials.

The project’s success has led to the creation of a new services company to commercialize use of the technology. UNEXMIN Geo Robotics (UGR) is currently designing a new plug-and-play vehicle, with a base structure that can be more easily adapted for specific uses, such as mapping, geological surveys or mine inspections.

Nortek’s DVL1000 is once again on board, underlining the instrument’s key attributes of accuracy, highly customizable data streams and its compact form. A good rapport between researchers and the company has also been helpful. “Relations with Nortek have been good. It’s hard to find companies like Nortek that are so responsive to queries,” Martins says.

Cristobal Molina, Nortek’s Senior Sales Engineer for Latin America and the Mediterranean Area, also speaks highly of the collaboration. “The INESC TEC team are very clever and have mostly been able to operate the DVL1000 with reference to the manual, but when they have had questions, we have been able to work with them to solve their problems very quickly,” he says.

Validation tests for the new robot are due to be carried out in late 2020 or 2021, depending on the extent of restrictions imposed during the Covid-19 pandemic.

INESC TEC is also using the Nortek DVL1000 as part of the navigational system in a separate project involving a 25-tonne underwater mining vehicle. As part of the EU-backed Viable Alternative Mine Operating System (VAMOS), the mining vehicle is accompanied by a smaller autonomous inspection submersible, which moves around the site, constantly updating a 3D map of the area and transmitting this map to the larger vehicle in order to assist in navigation.

The navigational robot, which includes the DVL1000, and all the sensory systems for the navigation and operation of the mining vehicle itself were created at INESC TEC’s Centre for Robotics and Autonomous Systems (CRAS).

Learn more about the fascinating UNEXMIN project in this video:

This field mission in Molnár János cave (Budapest, Hungary) was a great opportunity for the UNEXUP operators to further test the UX-1Neo functionalities, sensors and navigation in a real-life environment: 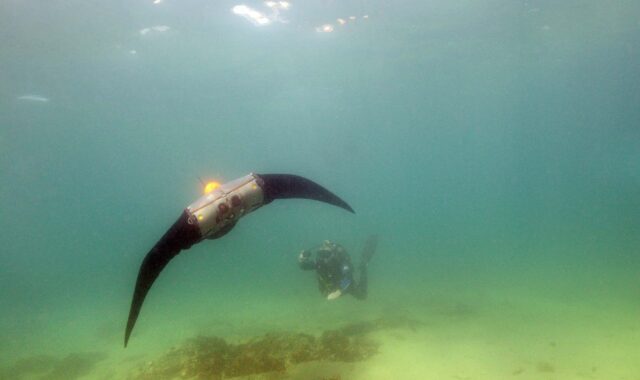 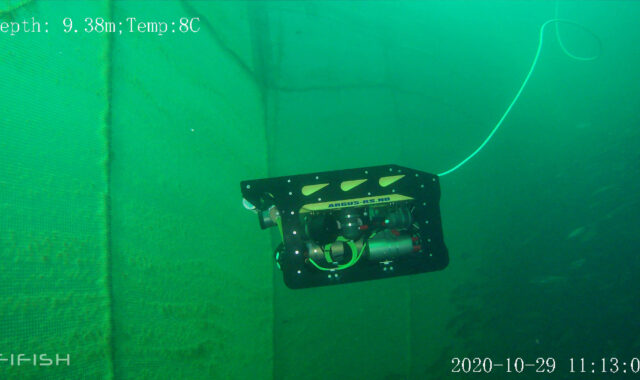 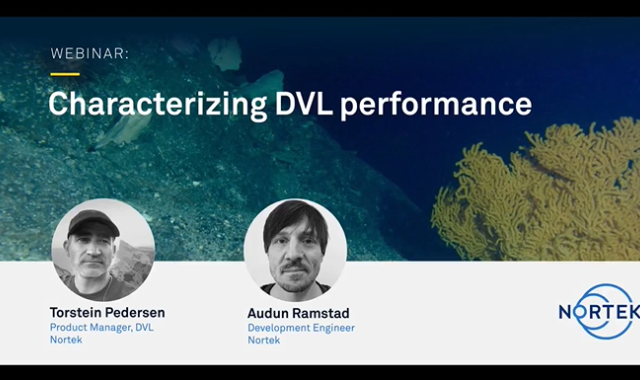