Sailors are as passionate about the ocean as we are. Nortek has long sponsored young sailing athletes to enable them to learn and to compete internationally. Currently, we are helping the athletes in the Nortek Sailing Team to compete on an international level and develop their capabilities.

"We have decided to sponsor this sailing team since we see a relevant connection between oceanography and sailing,” says Atle Lohrmann, Nortek’s owner and founder.

He adds that as active users of the ocean, sailors are interested in many of the things that are also interesting to oceanographers, such as waves and currents.

“The Nortek Sailing Team participates in regattas, or boat races, and regattas are directly affected by current, which is our main focus as a business. We have also seen that sailing is one of the most important hobbies for our customers,” Lohrmann explains.

Developing teamwork skills while competing at the top

The Nortek Sailing Team consists of five sailors from various sailing clubs in Norway. They are now in their 20s, but have sailed ever since their childhood.

“We established this sailing team simply because we love sailing!” enthuses Magnus Andersen of the Nortek Sailing Team. “To us, sailing means the possibility to disconnect from a hectic everyday life to face challenges that bring a lot of joy. It gives us the chance to develop together as a team, and to have the satisfaction of performing among people who are the best in the world in their field.”

The team members decided to compete in the Melges 24 sailing class, a class that brings together many of the best sailors in the world, with experience from the Olympics, the America’s Cup, and the Volvo Ocean Race. These sailors also compete in the European Championships and World Championships.

“It’s due to Nortek’s sponsorship that we have the funds to compete on this level,” acknowledges Jon Aksel Mortensen. “Participating in a Melges 24 season is costly, and there is a clear correlation between resources and results.”

As an example, one new set of sails costs NOK 150,000, and travel costs and additional equipment for the boat rack up considerable extra expense.

“Good planning, courage and knowledge take you a long way,” says Andreas Sola Fischer, “but it would be impossible to compete against the best players without the support from Nortek. We want to give it our all, 100 per cent. So we truly appreciate Nortek’s help.”

To participate on a high level, the Nortek Sailing Team meets twice a year for training sessions, participates in all major regattas in the Nordic region and competes in one major international championship annually. 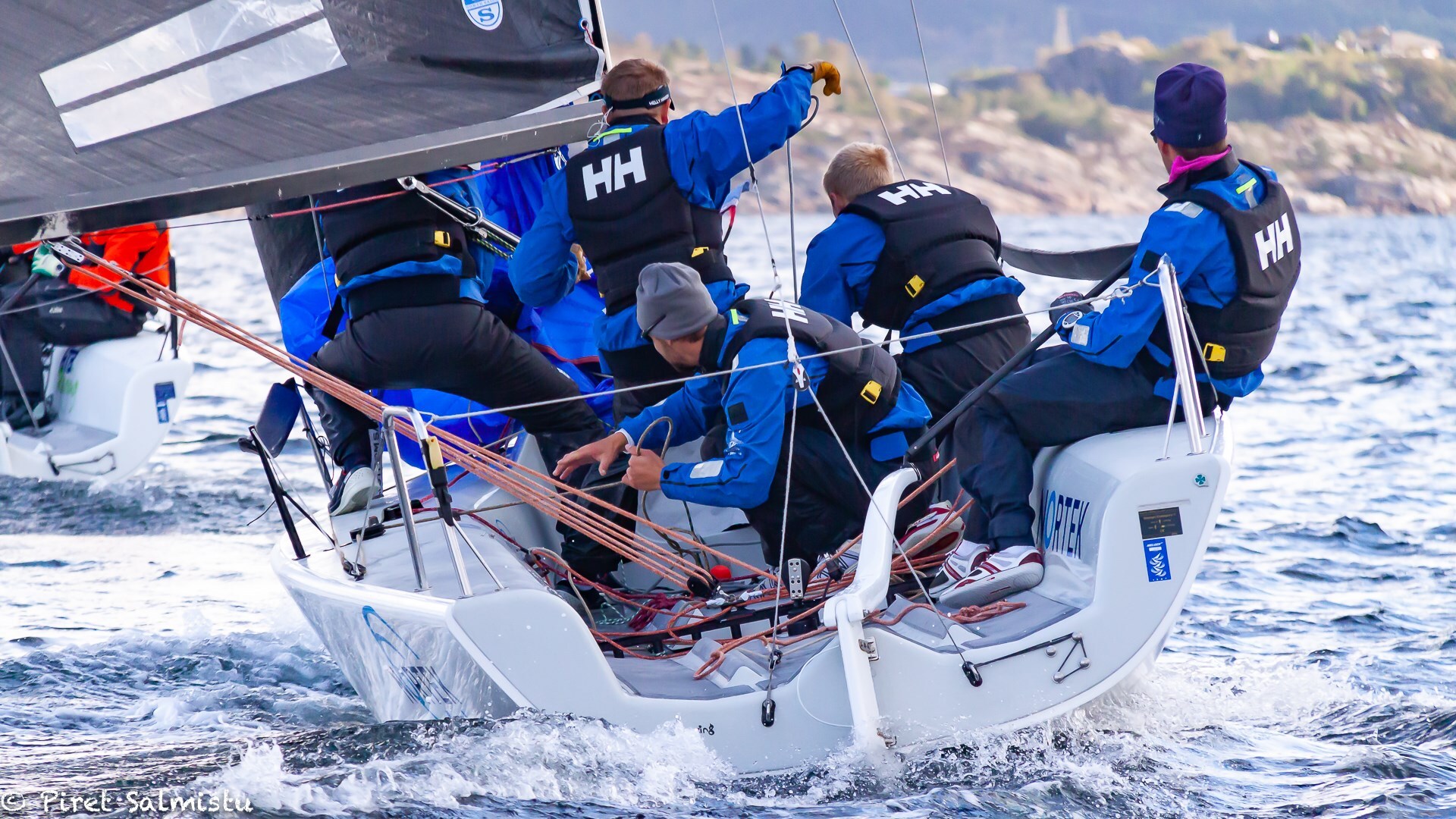 Nortek started sponsoring the Nortek Sailing Team in 2017, and the collaboration was further expanded in 2018.

“We see that our activity as sailors depends on the ocean, just like Nortek’s business. After meeting up with Nortek’s owner we concluded that our common maritime interests could open up many opportunities,” recounts Magnus Andersen.

Jon Aksel Mortensen adds: “The collaboration with Nortek has developed since it started in 2017, and we hope it will continue to grow. Our goal is to become one of the ten best amateur Melges 24 sailing teams in the world and to win one major championship, either the European Championship or the World Championship in the Melges 24 class.”

The collaboration has been mutually beneficial. Every year, the sailing team has organized a sailing event where Nortek’s employees have participated, enabling them to experience sailing first hand.

In 2019, the annual sailing event was held in conjunction with Nortek’s Sales Summit, which gathers Nortek’s sales team from all corners of the globe. This was a truly exhilarating experience, leaving some Nortek employees rather wet after facing the elements.

The expertise of the individual members of the Nortek Sailing Team will also benefit the wider sailing community.

“Several of the team members have been active as trainers and members of the board in various sailing clubs, and we will always share our knowledge with others to contribute to the growth of sailing as a sport in Norway,” says Magnus Andersen.

Members of the Nortek Sailing Team:

Nortek in Brazil to partner with ADCP battery spec...